The major part of museum exposition of minerals is composed of specimens originating from Turkey, Afghanistan, Brazil, Argentine, USA, Mexico, Australia, Middle Asia countries, Antarctide, Greenland and other places of the world. The collection can boast specimens of emerald, sapphire, ruby, topaz, opal, agate  and many other aesthetically exclusive items.

Vykintas Matuzevičius spent many years of his life travelling the seas and visiting nearly half a hundred of countries in five continents. Vykintas was fascinated by shells, butterflies and insects he found in other cou ntries. He collected over five thousand of different shells and created collections of butterflies and insects which are publicly available at the Kaunas Zoological Museum.

Vykintas Matuzevičius started collecting minerals from 1973, during his holiday trips. In search of rare and beautiful minerals, he walked all over mountainous Armenia and Tajikistan, visited Kazakhstan, the Southern and Northern Urals, Am Timan, and quarries near Moscow. Some minerals have been acquired during his travels by cargo ships in Brazil, Morocco and Australia. When V. Matuzevičius reached retirement, he bought a lot of specimens from collectors from different countries.

Vykintas Matuzevičius donated nearly a 1000 minerals, basically agates and fossils, to the Museum of Minerals of the Nature Research Centre.

The name ‘agate’ is derived from the Greek name of the Dirillo River in Sicily, which was A c h a t e s.

Quartz, SiO2, is the most widely spread mineral in the Earth’ crust. It can be crystalline, cryptocrystalline or amorphous. Chalcedony is one of cryptocrystalline forms of quartz. A g a t e s are concentrically banding varieties of chalcedony.

Agates are often hollow, with crystals within the cavity. Such agate types are called geodes. Agates composed of milky white chalcedony with Mn and Fe oxide dendrites are called moss agates. Agate zones can be wavy, zigzag, graciously curved or of elaborate patterns. According to the morphology of agate zones, fortification, eye, landscape, tube, feather, shadow, fire and many other types of agates can be distinguished. Agates with parallel bands are called onyxes.

SiO2 constitutes 90–99 percent in the composition of agate. The remaining part is composed of TiO2 , Fe2O3, MnO, CaO, MgO, K2O, Na2O and an insignificant amount of water, which can be found in pores.

Agates most commonly form in the cavities of solidifying basaltic and andesitic lava filled with mineralised gas, and occasionally in hydrothermal veins and sedimentary rocks.

Agates can be found all over the world. The most famous locations to find agates are in Brazil, Uruguay, India, Morocco, Germany, and Mongolia. 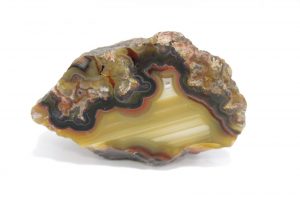 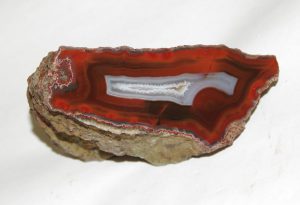 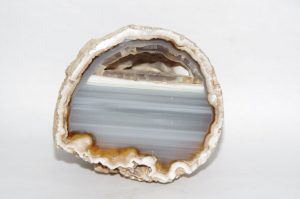 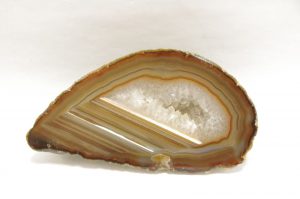 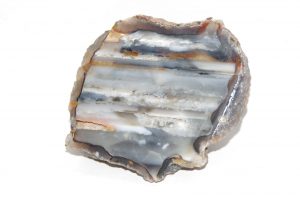 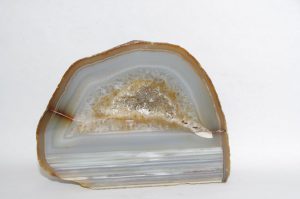 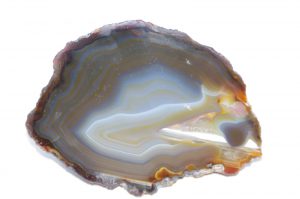 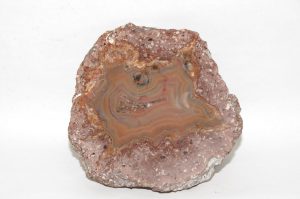 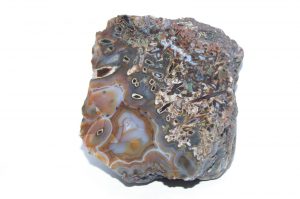 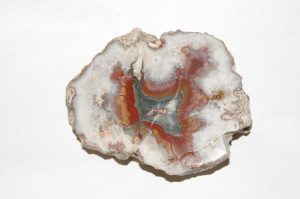 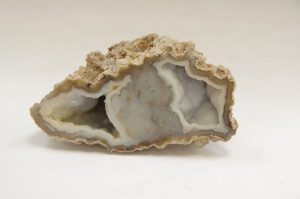 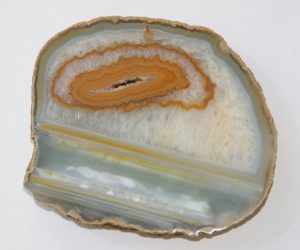 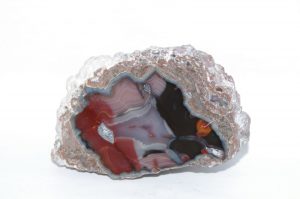 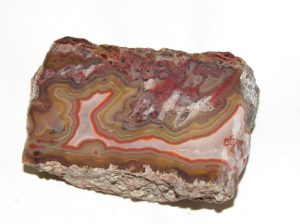 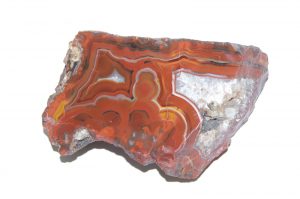 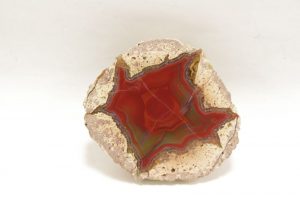 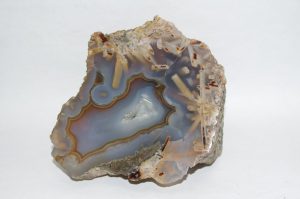 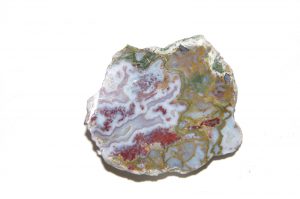 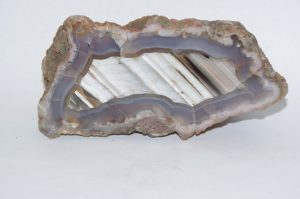 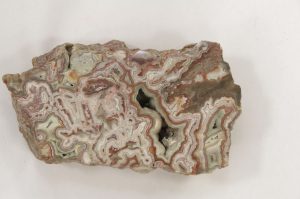 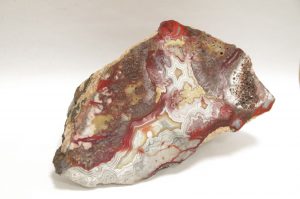 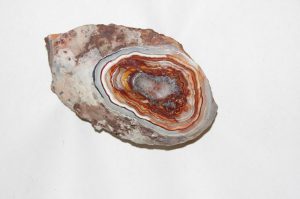 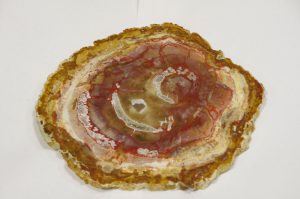 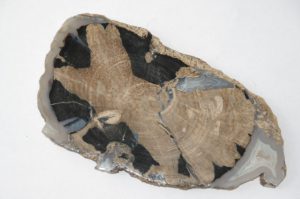